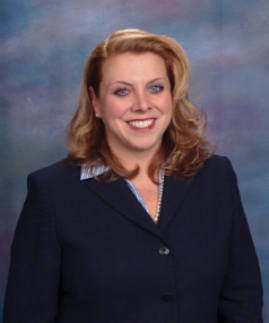 Doctor/Colonel Julia R. Plevnia, DDS, FACS, FACD
Dr. Julia R. Plevnia has had a remarkable career in the military and private practice. Her most recent accomplishment is being awarded the Order of Military Medical Merit (June 18th, 2020), given for significant contributions to the AMEDD (US Army Medical Department). She was awarded this honor by Brigadier General Robert Enzenauer, that stated this is one of the highest honors for a medical officer in the military. Her latest accolades include being appointed to the Joint State Surgeon position for the Colorado National Guard (during the CoVid Pandemic overseeing the Army and Air National Guard) as well as the Colorado Army State Surgeon. She is the first female, first Dental Corp Officer and first Oral Maxillofacial Surgeon to hold that distinction. She was one of 37 Oral Maxillofacial Trauma Surgeons selected and inducted as a fellow into the American College of Surgeons in 2017 and the American College of Dentist in 2019. She is one of the first female Oral Maxillofacial Surgeon inducted in the nationally acclaimed “Trademark Women of Distinction Award.” She was also selected by her peers as one of the Top Oral Maxillofacial Surgeons within the Greater Denver Metro area six years in a row and selected as the “Best of the Best” continuing education lecturer by the Rocky Mountain Study Clubs and guest faculty at Rocky Vista University College of Osteopathic in Parker, Colorado. She has been a member of the Facial Trauma Panel of TESS (Trauma Emergency Specialty Surgery) for 9 years that covers all the Centura Adventist Hospitals in Colorado. She is also an owner and partner of Dry Creek Oral Surgery private practice in Parker and Denver Tech Center, Colorado that has clinical surgeries and an independent surgery center.

Dr. Plevnia was born in Bad Axe, Michigan. She was the youngest of four girls and lived in a small farming community with her parents until she left for college.

She attended Oakland University in Rochester, Michigan, where she earned a dual bachelor’s degree. Dr. Plevnia received her of Doctorate degree from the University of Michigan Dental School, where she was also the recipient of the Army’s HPSP (Health Professions Scholarship Program) and Margaret Dow Towsley Scholarship for the Center of Education for Women. Upon graduation, she received the following awards: Comprehensive Care Award, where she was selected by faculty at University of Michigan; the Delta Sigma Delta Award, where she was selected by her classmates; plus, the American Dental Society of Anesthesiology, Horace Wells Senior Student Award, and the Russell W. Bunting Award in Periodontics. Her Doctorate training was completed at the University of Michigan, which is the #1 ranked dental school in the United States and ranked #1 internationally.

On graduation day, Dr. Plevnia was commissioned as a Captain in the United States Army. She went on to complete a year in Advanced Education in General Dentistry, at Fort Meade, Maryland. Dr. Plevnia then served two years as the Officer in Charge (OIC) for a dental clinic at Aberdeen Proving Grounds, Maryland. While OIC of the clinic, Dr. Plevnia increased production to over 250% and processed more soldiers than had been treated in the prior five years. Following that assignment, Dr. Plevnia went to the Officer Advanced course in San Antonio, TX. She returned to Washington DC to begin her Oral Maxillofacial Surgery Residency at Walter Reed Army Medical Center, where she treated critically wounded soldiers in the war, retirees, and family members of the Armed Forces. Dr. Plevnia was stationed in the Washington DC area for 8 years working on the faces of military personnel from the Army, Air Force, Navy and Marines.

After completing her Oral Maxillofacial Surgery Program, Dr. Plevnia was awarded the distinguished Silver Scalpel Award in 2008 at Graduation. She was immediately retained at Walter Reed/Bethesda Naval Hospital to teach at the Oral Maxillofacial Surgery Residency Program. Following her highly successful tour at Walter Reed, Dr. Plevnia was transferred to Madigan Army Medical Center, at Fort Lewis, in Tacoma, Washington, where she served as the Assistant Program Director of the Oral Surgery Program and as a Mentor for the Advanced Education General Dentistry Residency. After two more highly successful years at Madigan Army Medical Center, Dr. Plevnia was transferred to the Army Hospital at Fort Carson, Colorado. Dr. Plevnia again taught and mentored at the education program where twice she was selected as Mentor of the Year by her residents. Dr. Plevnia was awarded the Meritorious Service Medal (x2), Army Reserve Component Achievement Medal (x2), Army Commendation Medal (x2) and the Army Achievement Medal (x2). After almost 12 years on active duty, Dr. Plevnia transitioned to the 5502nd Reserve Unit at Fitzsimmons in Aurora, Colorado. After one year there, Dr. Plevnia was asked to transfer to the Colorado National Guard as the State Dental Officer by request from Medical Detachment Commander. After four years at the State Dental Officer, she became the Medical Detachment XO for a year. COL Plevnia was then selected to be the Colorado State Surgeon for the past two years, and as of April 2, 2020 become the Joint State Surgeon leading the Joint Medical Planning Group, amid the CoVid 19 crisis.

Dr. Plevnia maintains two offices in private practice (Parker and Denver Tech Center (Englewood), CO. She participates on the facial trauma panel of surgeons with the Centura Littleton Adventist Hospital that supports all Centura hospitals and urgent care centers. She enjoys working with her partners at Dry Creek Oral Surgery and with the trauma team. Dr. Plevnia is married to her husband of 17 years and has two sons, Harrison and Preston. Dr. Plevnia met her husband LTC (Retired) Anthony Hartsook in the military while they were at Fort Meade, Maryland. He is retired from active duty in the United States Army where he served proudly and with distinction for 26 years as a Counter Intelligence Officer. Dr. Plevnia had her oldest son, Harrison, during the first year her surgery residency and her second son, Preston, while teaching at an oral surgery residency at Madigan Army Hospital. She completed her residency, was a mentor, and raised her family during her husband’s four deployments to Iraq and Afghanistan.

Colonel/Doctor Plevnia loves to teach, do surgery, give back to her surgical specialty, participate with her son’s sports and school programs and proudly serve in the Army for 23 years.

Would you be willing to participate in virtual events?
Yes
What are you looking for on this platform?
I am looking for speaking opportunities
Do you have an interest in mentorship?
I am interested in becoming a mentor
Share
Bookmark
Filter
Sort by: Helpfulness
Write a Review
Sort by: Votes 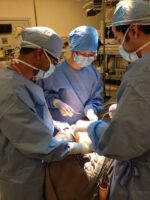 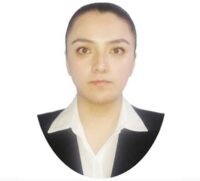 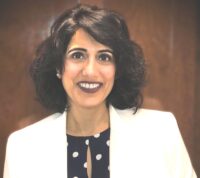